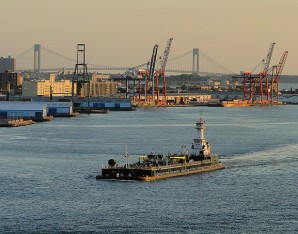 Yesterday, American Senator John McCain proposed an amendment to repeal the controversial ‘Jones Act’. This law from 1920 requires every ship that transports goods or persons between American ports to be made in the US, to sail under a US flag, to be US-owned and crewed for at least 75% by US citizens. Member of the European Parliament, Marietje Schaake, responds.

“It is good news that there is now a proposal to repeal this outdated and protectionist measure. Under the pretence of national security, the Jones Act makes it almost impossible for European companies to operate in the US. The Jones act does not only affect the transport of goods but also other maritime services, such as towing, dredging and port services. Whether McCain’s amendment will make it is still uncertain, the American shipping lobby is traditionally very strong.”

The EU and the US are currently negotiating about a trade agreement (TTIP). Within these negotiations, the EU has already stated that the Jones Act is a problematic law.

“Since the start of negotiations, I have consistently told the European negotiators that repealing this law should be a European priority. European policy makers and the affected sectors should now investigate how they can contribute to this process. More broadly, it is crucial that the European priorities for an agreement with the Americans are clear, so that the negotiators can realise them. That will require a broad debate and I hope that more companies, organisations and citizens will contribute to that.”