MEP: Europe should use EU enlargement to push for democratization 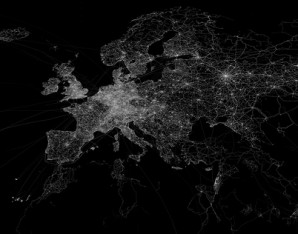 Member of the European Parliament, Marietje Schaake (ALDE/D66) wants the Commissioner for European Neighborhood Policy and Enlargement to initiate a fresh start in the relationship between Turkey and the European Union. Today, Commissioner-designate for EU Enlargement, Johannes Hahn is being heard by the European Parliament. Jean-Claude Juncker, who will head the European Commission, said earlier that there will be no new enlargement in the next five years. Schaake thinks that a freeze of the accession process is an unhelpful political signal: “The trajectory towards EU membership is an important means to improve the rule of law in candidate countries such as Turkey. By stating that the EU will freeze expansion, we lose the incentive for reform, and thus credibility.´

To resolve the crisis in Iraq and Syria, and for the coalition against IS, Europe is seeking cooperation with Turkey. This is understandable, but should not be used as an excuse to ignore the current state of the rule of law in Turkey. “The rule of law and the separation of powers have been under increasing pressure in Turkey. Fundamental freedoms are put under pressure. It must be clear that Europe expects Turkey to democratize.” Schaake: “At the same time, in order to be credible, the EU has to commit to Turkey. That is why we need an ambitious Commissioner, who will take the accession negotiations with Turkey and other candidate Member States seriously. First and foremost, the negotiations need to start with Chapter 23 and 24, which deal with fundamental freedoms and the rule of law.”