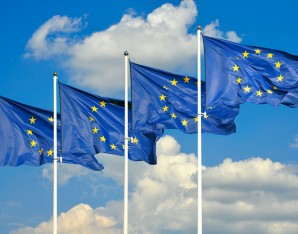 Member of the European Parliament, Marietje Schaake (ALDE/D66), wants the two sides of the conflict in Eastern Ukraine to keep pursuing a sustainable solution. The European Union should facilitate these talks. Today the Foreign Affairs Committee discussed the situation in Ukraine. Schaake “The European Union needs to take the lead to keep up the pressure and find a way out of the conflict. We cannot afford to have another frozen conflict in the region and the permanent instability it would create, like the situation in South Ossetia or Nagorno-Karabakh.”

Political solution
Last weekend, the Ukrainian government and separatists agreed to create a buffer zone from which they would withdraw heavy weapons and foreign fighters. Schaake: “This is a first step, but we will need a broad political solution. That must include guarantees that the Russian meddling in Ukraine will stop. At the same time, separatists have been offered more autonomy, within the Ukrainian state.” Schaake calls for more cooperation and attention for answering the questions surrounding the downing of MH17. “The questions about MH17 must be answered and those responsible must be held accountable.”

Association agreement
Last week, the European Parliament ratified the association agreement with Ukraine. Implementation of the trade aspects of the treaty were postponed for a year at the last minute. In a letter, Trade Commissioner Karel De Gucht wrote that this was a request from Ukraine, because the country is not yet ready for increased market access by European countries to the weakened Ukrainian economy. Schaake: “The EU must keep on supporting democratic reforms and economic development for Ukraine and we must take the fragile situation in the country into account. At the same time, we should not give in to Russian pressure, it is crucial that the contents of the trade agreement are not altered. The European Parliament will scrutinize the process carefully.”